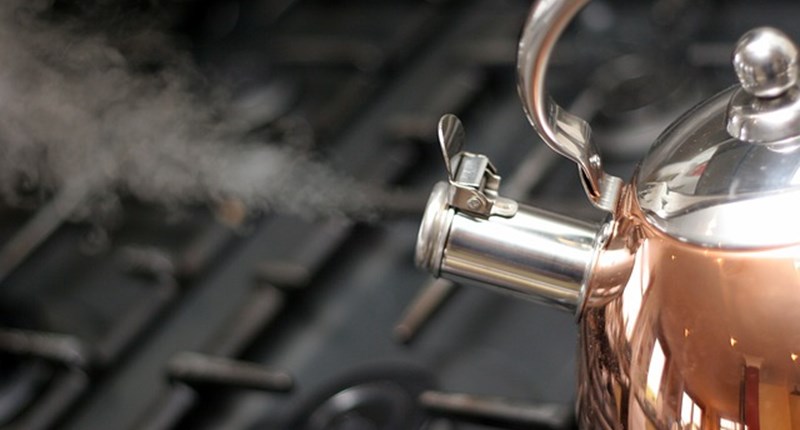 We all want to save energy, but are often told information that is completely bogus. Let's debunk some myths.

There are lots of myths regarding saving energy around the home, but they're not all correct. Here, we debunk some of the more common myths to help you understand how you can conserve energy and save extra money.

Myth 1: You can save money by placing appliances on standby, rather than off

Having your computer, TV or other appliance on standby does in fact use a considerably more amount of electricity compared to turning them off completely at the socket.

When on standby, the appliance will still be consuming electrical power, albeit at a reduced rate. At night, you can save a significant amount of money over the course of a year by turning off your computer and TV at the power socket overnight - enough in some cases to pay for a weekend break at the seaside!

Sorry, afraid not. Screensavers were designed to stop 'burn-in', which used to occur on older monitors when an image or text was left on-screen for a long time. In fact, screensavers can consume a considerable amount of power, especially those with fancy graphics or features that require the computer's processor to work harder

If your PC has a power-saving mode (most newer computers have one), explore the options available to you. Setting your PC to turn off monitors, shut down the hard drive and reduce the power is a great way of saving energy, if you can't shut down your computer when you're not using it.

Myth 3: Having your thermostat on low instead of turning it off whilst you're out can save power.

There is a theory that keeping the heating on all day saves more energy than turning it off and on whenever it's needed.

However, experts at the Energy Saving Trust and British Gas suggest otherwise, claiming that it is a myth.

Those that believe this theory think that by keeping the temperature at an ambient low, it takes much less energy to increase the temperature from a cold house than a property that is kept at a slightly warm house. Nice theory, and one that seems to make sense when you think about it.

However, from a money-saving perspective, having your thermostat set to low all day actually uses more energy in the long run.

Myth 4: If you want to cool a room, use fans

Not true. Instead of reducing the temperature in the room, they just move air around, making it feel cooler on your skin, a phenomena known as 'wind-chill'.

Reduce power by turning off fans when you're not in the room as they won't affect the overall temperature when the room is empty.

Myth 5: Programmable thermostats can save energy

Many people believe that programmable thermostats solve their energy problems by automatically reducing the ambient temperature to save energy. However, they're only designed with human interaction in mind. It is up to the individual to programme the best possible settings into the thermostat.

If you have a thermostat that you can programme, ensure that you set it so that your central heating does not come on at night, during working hours or if you are going on holiday.

It is believed that consumers can save up to 15% of their electricity costs by ensuring that programmable thermostats are set correctly.

Well, this is neither fact or a myth. It depends on what fuel you are using. If you are using LPG, gas or oil in your central heating system, then it works out cheaper to heat your water when it is required (typically morning and evening).

On the other hand, you may be on an Economy 7 or 10 electricity tariff, which means that your energy is charged at a reduced rate during the night hours.

If you are on a night tariff, always remember to fully insulate your water tank so that heat won't escape during the day, and check the timers to ensure they are on only when your Economy 7 times have kicked in.

Myth 7: Keep a light on instead of turning it on and off when you leave the room

Without a doubt, leaving a light on in a room uses more energy than if you turn it off as you leave the room. It takes a minuscule amount of energy to turn on a light or lamp - much less than if you were to leave it on all the time.

Get used to turning off lights when you're leaving a room, and make use of any natural light coming in from outside.

False. Boiling a kettle-full of water takes around the same amount of energy as it would do with cold water. In addition, if you're using a heating system to heat your tap water, you'll also waste even more energy/money.

Remember, when boiling some water in a kettle always fill it the smallest amount of water you'll need. This is the only way that you can save time and energy with your kettle.


Do you know any more energy saving myths that should be debunked? Let us know below using t

Don't get just one quote for your double glazing requirements.

We work with fitters nationwide to bring you multiple quotes, helping you to save £100's on your uPVC windows.

Save up to 75% on your new windows & conservatories

Don't pay over the odds for new double glazing or conservatories.

Get the lowest priced quotes from registered, trusted and vetted double glazing and conservatory companies. Avoid the rogue traders and get the best deals available. Our no-obligation service ensures that households benefit from being able to compare prices before they buy.

GET MY FREE QUOTES

Compare quotes from trusted fitters and save up to 75%